The Clones of Bruce Lee website got the opportunity to interview Sebastian Harrison, the son of Richard Harrison; leading star of Bruce Le’s Challenge of the Tiger. Now an actor in his own right, Sebastian has a minor role in the movie and was kind enough to share his memories of being on the set with the visitors of the website.

Could you tell the readers a little about yourself?

I was born in Rome, Italy to Richard Harrison, an American actor who went to Italy to do a lead in a Sword and Sandals movie. He fell in love with Rome and, since apparently the producers’ sentiments were reciprocal, movie offers kept pouring in so it gave him the opportunity to stay in Rome.

My grandfather as well was involved in the industry. He founded a company called American International Pictures which, during the 50’s, was the largest independent studio in the USA. It came natural for me to gravitate toward the business and, while I was three when I first appeared on screen, it wasn’t until I finished high school that I turned my full attention toward acting. My curriculum includes several leads in small films and the lead in a very popular Italian TV series for three years.

How did you get involved with the movie Challenge of the Tiger ?

My father was the lead and he brought me to Madrid while he was working on the film. I didn’t plan to be in the movie but since I was on the set almost every day and they needed a body on that particular day, they put me in the movie. I didn’t ask to be in the movie – they basically said, “We need someone and that someone is you”.

Do you have any stories to share from the set of the film?

I have plenty but I think it makes sense to convey those pertaining to Bruce Le. When they shot the bull scene in the corrida, there was a mechanical bull that they used for many of the scenes. However, Bruce was going for a bit more realism so he decided to jump in the corrida with the real bull and, even more, get up close to him. This was not a novello, or small bull and it came quite close to goring him a few times. Yet, he kept on shooting. Bruce was very athletic but athletic or not, these animals are quick and if they got hold of him, he would have been screwed as there really weren’t any handlers that would have distracted the bull.

There was another scene where Bruce had to jump in a car and speed away down a narrow street in the middle of Madrid. So, after “action” was called, the scene progressed as plan – right up until he had to speed away. In Hong Kong, the driver’s side is on the right side of the car and Bruce clipped about 10 cars during the scene. I remember vividly this drunken Spaniard who was just a spectator laughing hysterically.

What did you think of the films leading star, Bruce Le?

I liked him and we got along well. He had an assistant with him that he would smack around on a regular basis. I would ask him what he did and he would say things like, “I asked him to get me something and he didn’t.” and I would think, “How the hell is some Chinese guy going to find you lemon soda in the middle of nowhere.” Obviously Bruce would drum up impossible tasks just to entertain himself.

Where there any problems or conflicts during production?

Bruce didn’t like the speed at which the director was filming. The director, Marino Girolami, was a good director but his pace had definitely slowed down by this point and Bruce was used to making entire movies in a couple of weeks. He basically took over the role as the director and as a consequence, the movie turned into the, “Bruce Le Show.”

How involved was producer Dick Randall with the movie?

He was there all the time but he kept out of the creative aspect of the movie – which is what a producer should do for the most part once it is being filmed.

Since working on the movie, have you been in contact with any of the stars or makers?

My father of course and also Dick Randall. I saw him in London a couple of years before he passed. He had had a stroke and was emaciated and couldn’t communicate very well but still had a healthy sense of humor. It probably didn’t hurt his spirits that his wife Corinne kept him surrounded by gorgeous nurses.

Does your father ever talk about his time working on this movie?

Not really but he does talk about Dick Randall on occasion as well as Nadiuska, the leading actress.

What have you been doing since this time?

I was about 16 or so since the making of the film so I have done quite a lot. As mentioned, I acted for a while when I was living in Italy and, while I had a good career, I wanted to get a degree. I ended up getting two degrees at UCLA and afterwards, I started a company called Cellular Abroad which offers international cellular services for travelers. I am now married to an Italian and have a son. I am still the CEO of Cellular Abroad. I live in Los Angeles but travel often to Italy. I still love cinema and have a lot of friends in the business but, I prefer to be in a business where I am in better control of my own destiny.

Whilst modelling and living in Taiwan and Hong Kong, Caryn White Stedman was cast as Linda Lee, the wife of Bruce Lee in the biopic, He's a Legend, He's a Hero (1976)... 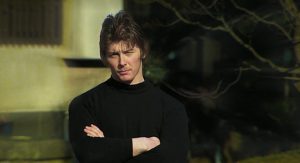 Sensei Graham Ravey was born in Chesterfield, England and is a world renowned instructor of Goju Ryu Karate Do and author. He has also appeared in film and television including...

One of the world's biggest collectors on Bruce Lee, Jeff Chinn continues to keep the spirit of Bruce Lee alive with his own museum, the Bruce Lee room...

John Kreng has had a successful multi-faceted career in the entertainment industry working as an actor, stunt coordinator, fight choreographer, stand up comedian and more. He is also the author...

Remember Johnny Yu from The Last Dragon? Berry Gordon’s 1980’s cult classic is a mixture of Motown music with martial arts action that saw the debut performances of several young...

When director Robert Clouse took over production of Bruce Lee’s Game of Death, he brought on-board an array of Hollywood talent. American character actor Mel Novak starred as the hitman...

Richard Harrison had a long career during the 1960’s and 1970’s in a variety of swashbuckling, westerns and thrillers shot primarily around Europe. Before becoming involved in the ninja cut...